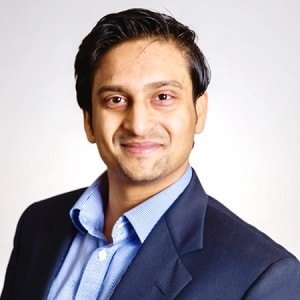 Kumar is a serial entrepreneur who is among hundred most influential people in the world on Blockchain Technology and awarded Extraordinary status (O1) by United States government.

He is the Founder & CEO of Cashaa and Chairman of Auxesis Group. Due to his vision, Auxesis Group and Cashaa, both are ranked among world’s top 100 blockchain companies.

Kumar is on the editorial board of Blockchain media and popular international speaker on emerging technologies. IIT, British Auditorium or European Parliament, Kumar has shared his Blockchain knowledge on many government forums across the globe. He is recently nominated as World’s Top 50 Innovators from the Industries of the future.

Before he moved into the world of financial technology, he built computer systems for Ferrari. During his time in Italy, he co-founded Darwinsurance, the first Italian peer-to-peer insurance platform backed by AIG which was acquired by Esedra in 2016.